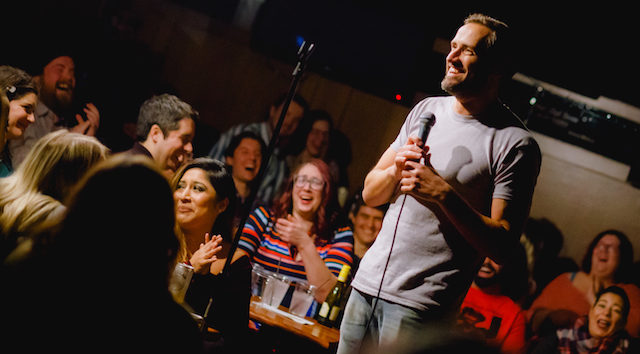 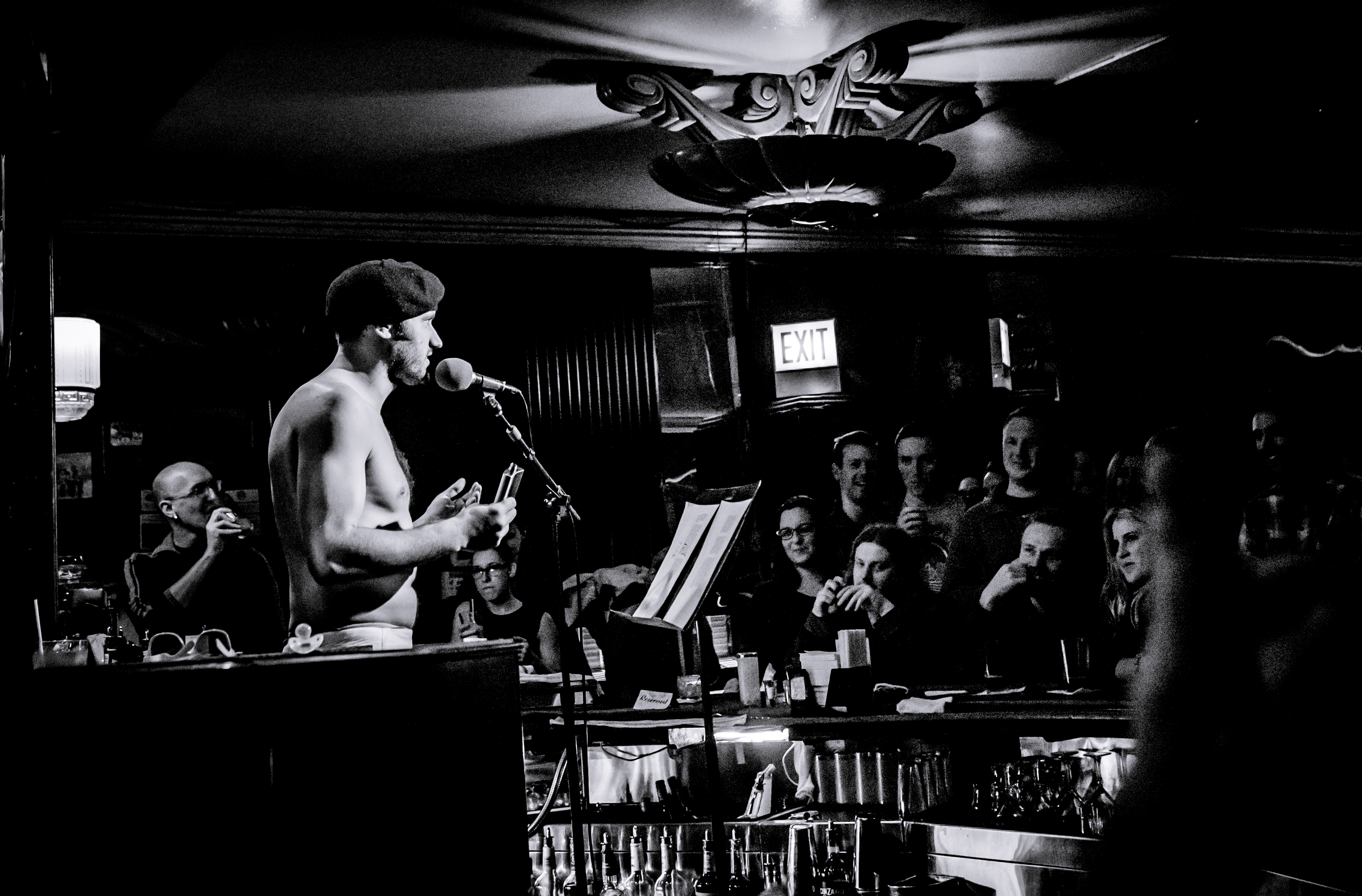 The Paper Machete at the world famous Green Mill Lounge 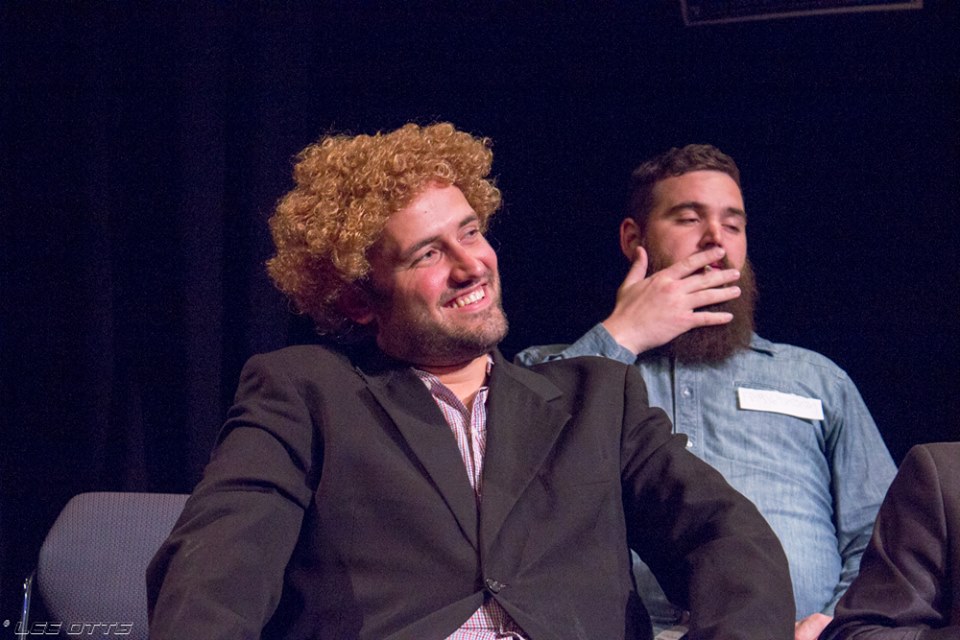 Joe Fernandez is a half-Cuban half-Irish (or Cubish) comedian and actor. Growing up in Texas he had an affinity for the sport of baseball and dreamed of one day playing for the Houston Astros (Sans using cameras to help his career.) When his body didn’t grow up with his dreams, he moved to the performing arts where muscles aren’t necessary.

Joe went to Marquette University where he received the Chris Farley Scholarship for his creativity and positive use of humor.

After moving to Chicago, Joe rapidly became one of the most beloved comics in the scene, peppering his stand-up pursuits with stints on improv teams at world-renowned iO and the Playground Theaters.

Described as cerebral, sardonic, and flat out bizarre, Joe combines low brow, off-color humor with high brow references to satirize serious subjects. Joe has morphed smart and stupid into his own unique brand of silly-- but layered--comedy. He’s taken his off-stage persona of intolerable presence and morphed it into his on-stage persona of lovable jerk and is facetious to a fault.

Joe has performed in numerous comedy festivals such as Chicago TBS Just For Laughs Fest, the Boston Comedy Fest, the Memphis Comedy fest, Chicago Sketchfest and he was a finalist for the Andy Kaufman Award.

Joe is a regular at many Chicago comedy institutions, including Zanies, Laugh Factory, Comedians You Should Know, and Paper Machete. He’s opened for some of the biggest names in comedy like Dave Attell, Jon Lovitz, Natasha Leggero and Harland Williams.
Has he also appeared in a Cracker Barrel commercial and an episode of Chicago Med where he improvised yelling at Oliver Platt? Yes he has.
If you're not in the same town Joe is performing in, you can catch him on his improvised character podcast "30 Characters." And purchase his debut comedy album "Ugly" which opened at #1 on iTunes.  Link under "Merch" tab.